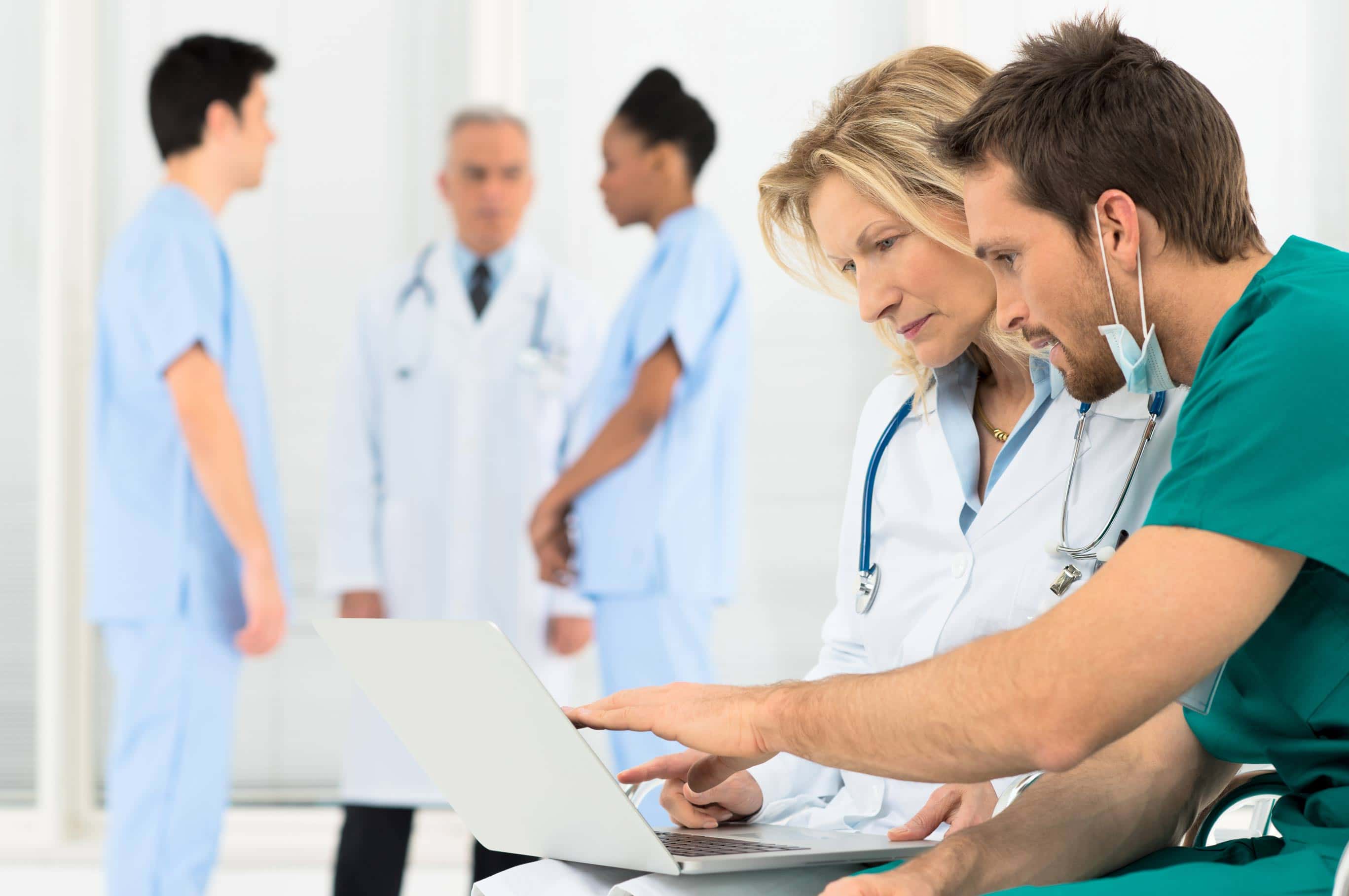 SYMPTOMS OF THE HEEL SPUR

The symptom of the lower heel spur is pain under the heel, which initially appears only during movement, especially in the morning, after waking up.

HEEL SPURS ARE BONE PROCESSES THAT ARISE IN TWO PLACES 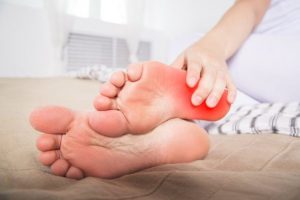 Heel spurs are bone processes that arise in two places:

SYMPTOMS OF THE HEEL SPUR

The symptom of the lower heel spur is pain under the heel, which initially appears only during movement, especially in the morning, after waking up. After some time walking the ache is reduced slightly, but as the inflammation develops, pain occurs even during rest. It significantly limits the mobility of the heel area, which hinders normal functioning.

The upper heel spur is also the result of prolonged inflammation but located in a different place – at the Achilles tendon attachment. The inflammation of the Achilles tendon is a result of repetitive micro-injuries, so also in this case the people who practice sports are particularly exposed to the formation of the upper spur. The upper heel spur is often the problem of elderly people whose feet are deformed for various reasons. Untreated upper heel spur can grow to a considerable size (the size of a hen’s egg) and turn into the so-called Haglund spur. The symptom of the upper heel spur, in addition to the characteristic bulge, is acute pain at the back of the heel, initially felt only when walking. Then the pain becomes uninterrupted and can be felt even when you sit or lay down, also at night. Unfortunately, pain in the heel area may also be indicative of other diseases, such as calcaneal fracture, which is why it is so important to be properly diagnosed by a specialist. It will make it easier to choose the optimal treatment method.

TREATMENT OF THE HEEL SPUR WITH ORTHOKINE® THERAPY

In the first stage of treatment, the patient is given oral anti-inflammatory drugs for 3-6 months. The purpose of medication is to eliminate inflammation, but their action does not reduce the growth. The results of pharmacological treatment are usually insignificant and do not eliminate pain. Ineffective standard therapy can be continued with biological therapy, such as Orthokine®, which is used to treat lower and upper spurs and Haglund spurs. Orthokine® is a safe and effective method, which results from many tests carried out. 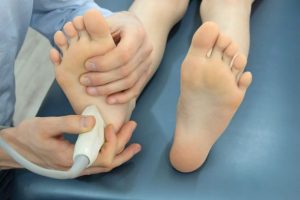 The purpose of the Orthokine® therapy developed by German scientists is to directly reach the source of inflammation. This innovative healing method, which has been used since 1998, has been described in many renowned scientific journals, which proves its extraordinary effectiveness in the treatment of heel spurs. Orthokine® therapy is used in an inflamed area caused by degenerative joint lesions. This method consists of injecting the patient with serum with protective proteins made from their own blood. Thanks to the fact that the mixture of autologous proteins does not contain any substances of foreign origin, Orthokine® therapy is completely safe and free from the risk of allergic reactions. As a result of the therapy, the balance is restored in the area affected by the inflammatory process – the inflammation is inhibited or stopped completely, and the pain is reduced or eliminated.

Effective Orthokine® therapy has been successfully used for over a dozen years in 488 licensed clinics around the world, including in Bio Ortopeda Orthopedic Clinic in Zielona Góra. The effectiveness of therapy has been repeatedly confirmed by positive test results. So far, over one million injections have been given to patients worldwide.

Pain caused by spurs on the heels will not go away spontaneously, therefore a visit to an orthopedist is necessary and appropriate treatment should be implemented. Some people with this ailment try to deal with it with home methods that are completely ineffective and unnecessarily extend the time until a visit at a specialist. No cream or ointment will help the heel spurs, because there is no physical possibility for these substances to penetrate the tissue layers on the bottom of the heel – they are about 2 cm thick.

In addition to orthopedic consultation, it will be helpful to purchase comfortable footwear – only shoes with low heels, with shock-absorbing, flexible sole. In addition, you can invest in special shoe inserts for the lower heel spurs, which provide greater walking comfort, reducing pressure on the heel. Both orthopedic insoles and gel heel pieces are commercially available.

ORTHOKINE THERAPY FOR THE TREATMENT OF HEEL SPURS

Treatment of heel spurs usually starts with oral anti-inflammatory drugs. The therapy is long-lasting – it usually lasts from 3 to 6 months and eliminates only the inflammation, not the growth. Pharmacological treatment, unfortunately, often does not bring tangible results – despite the long-term intake of anti-inflammatory agents, the pain persists. In the case when standard treatment does not work, for both the upper and lower heel spur and the Haglund spur, we recommend the Orthokine® therapy. Orthokine® therapy is a proven and supported by tests, safe treatment method. In this method, inflammation-suppressing substances are obtained directly from the patient’s blood through the use of special techniques. The goal of therapy is to intervene directly at the source of inflammation.

Orthokine® was developed by German scientists – it is regularly mentioned in many renowned scientific periodicals. It has been used successfully for over a dozen years.

Orthokine® therapy is used in a place affected by inflammation, usually caused by degenerative joint lesions. The mixture of autologous serum proteins administered to the body does not contain any foreign substances. During therapy, the patient is given a mixture of proteins made from their own blood. This allows the patient to restore the balance in the place where the inflammatory changes occurred. The process itself and the previously progressing destruction of tissues are inhibited or even stopped. As a result of treatment, the pain caused by inflammation is largely alleviated, and in many cases completely eliminated. The effectiveness of Orthokine® therapy and its tolerance by the body was checked clinically. In addition, it was scientifically confirmed during the tests.

Orthokine® is an achievement in the field of molecular orthopedics, based on detailed observations of patients as well as long-term research. It is supported by the outcomes and results of preclinical tests, laboratory tests, doctors’ experience and analysis undertaken by internationally renowned experts in scientific literature. It has been used for almost 20 years in 488 licensed centers around the world.

Up to one million serum injections have been performed up to this point.

Do you feel strong, pulsating pain within the heel? Do you have an edema on the heel that makes it difficult to walk or even put on a shoe? This can be called the Haglund spur. It is a condition that is usually a consequence of chronic inflammation of the Achilles tendon, which results in the formation of calcifications on the back of the heel. One slight calcification is the upper heel spur, while a few overlying calcifications can take the form of a huge edema the size of a hen’s egg. You can read more about the symptoms and the true causes of this condition in the text below. You will also learn about the effective treatment of Haglund spurs as well as the preceding conditions, i.e. the upper heel spur and chronic Achilles tendonitis.

THE CAUSES OF HAGLUND HEEL FORMATION

The reason for the formation of Haglund spurs are calcifications, which are a result of chronic inflammation of the Achilles tendon. In the case of one calcification, it is possible to speak of an upper heel spur, while many overlapping calcifications form a gigantic heel spur: the Haglund spur. Since the cause of this disease is chronic Achilles tendonitis, it is worth knowing where it comes from. The reason for its formation is the repeated tendon micro-damage caused by exposure to smaller or larger loads every day. In addition to the tendon micro-injuries that are the result of physical activity, the cause of Achilles tendonitis may also be the aging processes of the bone and joint elements, substantial obesity, foot, heels or shins dysfunctions, as well as such problems as gout. When discussing the reason for the formation of the Haglund spur, we must really go back to the very beginning, therefore to the causes of Achilles tendonitis.

Severe pain in the heel, swelling, damaged skin in the sore spot – these are the main symptoms of Haglund spur. In order not to increase the severity of the symptoms, on the contrary – relieve yourself of pain and start treatment, you should go to a specialist. A good orthopedist based on a physical examination and X-ray, which is necessary to determine the correctness of the shape of the calcaneus, will make a precise diagnosis. Not every heel pain is Haglund’s heel. It may also be associated with pre-existing conditions, and thus the already mentioned upper heel spurs as well as Achilles tendonitis. In addition, pain in the heel may also be associated with a calcaneus fracture, therefore it is necessary to perform an x-ray of the affected foot.

How to effectively treat the upper heel spur to prevent the condition of the heel, and so Haglund’s disease? The best is multi-path treatment, that is, physical treatment plus prevention. Shock wave therapy is among the most effective treatments of upper heel spur, and its effectiveness reaches as much as 80% of complete recovery. Usually, 2-3 treatments are enough to reduce pain, while 6-7 treatments eliminate inflammation within the heel. In the case of extremely large calcifications, such as the Haglund heel, you can additionally apply therapy with a high energy laser with a power of 15 W, which will accelerate the natural regeneration processes of soft tissues. As it was already mentioned in the previous paragraphs, the cause of a single calcification – the upper heel spur or many calcifications – (Haglund spur) is chronic inflammation of the Achilles tendon. Therefore, the treatment should focus not only on the breakdown of calcifications and the elimination of pain, but also on treating the tendon itself. For this purpose, the tendon should also be subjected to shock wave and HILT laser therapy. Often, when the tendonitis has lasted for a long time, also injections from the platelet-rich plasma obtained from the patient’s blood and dry needle therapy can be applied, which will loosen the tendon itself. These are the most important treatments that should be used to treat the inflammation of the Achilles tendon and both the small upper heel spur and the Haglund heel the size of a golf ball. This is the only way the problem can be solved definitively. In order to avoid recurrence of the disease, individual heat-formed orthopedic insoles can be purchased, which improve the distribution of foot pressure on the ground, thus affecting the proper biomechanics of the feet and, consequently, the entire body.